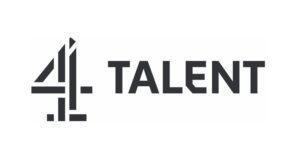 INFLUENTIAL BROADCASTER WILL ALSO HOST OUR NEXT CLUB EVENT

Channel 4 is the latest big employer to step up and show their support for young job seekers by joining the Graduate Fog Employers Club, our coalition of ‘good’ employers of young people. The broadcaster has also agreed to host our spring 2019 panel event, at their London HQ on Horseferry Road, in Westminster.

As a respected and influential name in the UK’s broadcasting world, Channel 4’s decision to join our Club is significant. Despite loud cries from young people wanting a fairer entry system to jobs in the TV industry, unpaid internships remain too common and personal contacts are extremely valuable to those looking to get a foot in the door – putting those without them at a major disadvantage.

But 4Talent – the Channel 4 department tasked with increasing diversity in the pipeline of young people entering the TV industry – was one of the first to realise that things must change. In the last few years, they have been busy challenging long-accepted norms, creating new (and non-exploitative) ways for young people to gain skills and experience, and making sure their own recruitment is as inclusive as possible.

As a result, it was no problem for them to agree to our rigorous New Member Checklist, which includes a pledge that anyone joining our Club does not run unpaid internships. 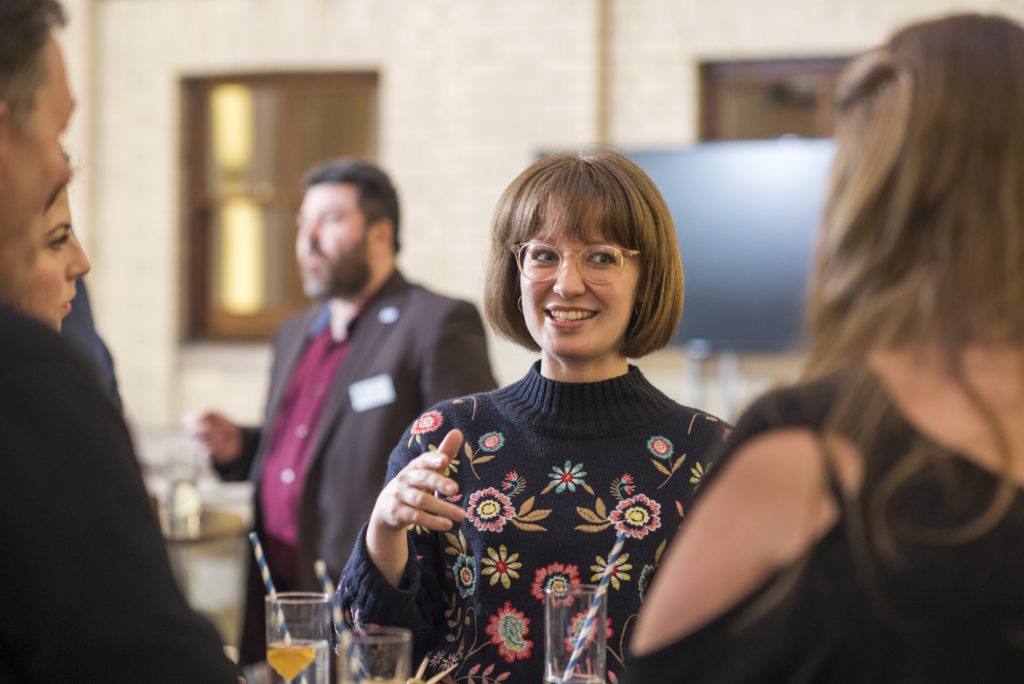 EARLY ADOPTERS: 4Talent’s Laura Boswell attended the launch of the Graduate Fog Employers Club
in March 2018 – and her team has followed our progress since then

Laura Boswell, Industry Talent Specialist at 4Talent – who attended the Club’s launch event in March 2018, as well as our Members’ Winter Lunch at The Ned in January – said:

“We’re really excited to join forces with Graduate Fog, to make opportunities for people at the beginning of their careers fairer and open to all. 4Talent’s aim is to ensure that Channel 4, its partners and the wider media industry reflect the diversity of the UK today.

“We do this by supporting people from different backgrounds, different parts of the country and with different perspectives to begin successful careers, which can only be achieved by raising standards when recruiting, training and retaining our young talent.

“We’re really looking forward to being part of the club and learning from what other employers are doing in this space, to collectively make real progress in this area.”

“We are so proud to welcome Channel 4 to the Graduate Fog Employers Club. 4Talent’s award-winning initiatives mean that in many ways they are ahead of the curve when it comes to issues around diversity and inclusion, so we are impressed that they remain open to ideas for further improvement, appreciating that the ground beneath us is constantly shifting, and there is always more to learn.

“We are also pleased that they recognise the power they have to change the cultural norms within their industry, as a leading and influential name in UK broadcasting. This aligns exactly with our Club’s core belief that leading employers in every sector have a duty to actively and vocally promote decency and fairness in order to drag up standards across the board. Leading by example is a powerful tool for persuading all employers to raise their standards of behaviour. Employers in the broadcasting world have known for some time that they need to pull their socks up when it comes to their youth recruitment, so why not do it now?”

* Do you work at the BBC, ITV, Sky or Viacom?
You’re getting left behind – contact us today about joining the Graduate Fog Employers Club… 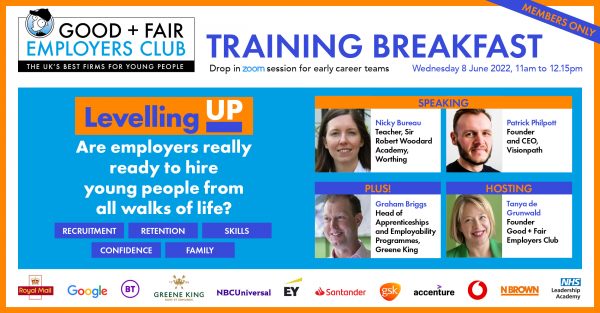 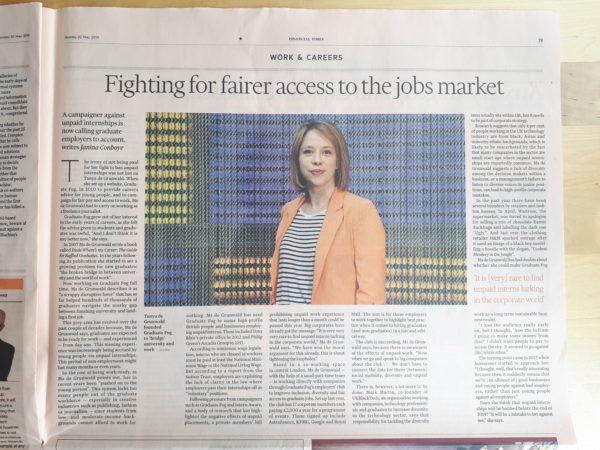 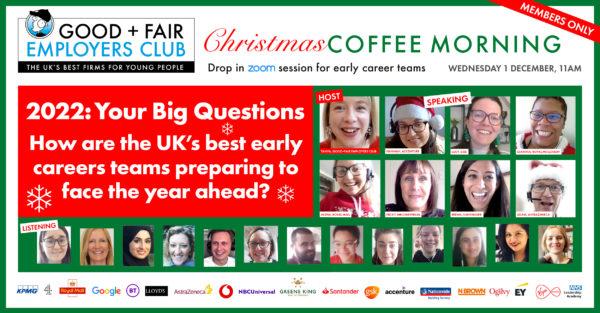 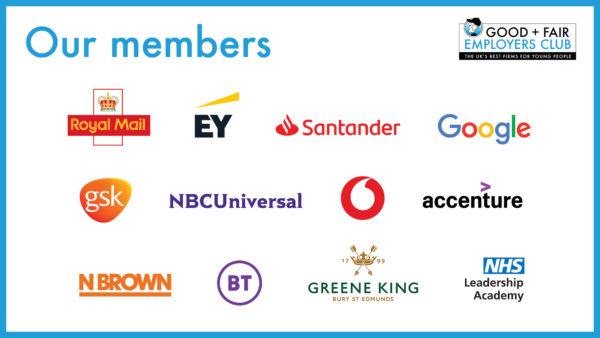